Despite increased scrutiny of director compensation, median director pay at S&P 500 companies set new benchmarks in 2018 with a median retainer of $100,000, up from $90,000 in 2017, according to a recent Mercer study. However, use of meeting fees continues to decline with just 14% of the S&P 500 paying directors meeting fees in 2018, about half of the frequency in 2014. Given the increased focus on director compensation by shareholders and proxy advisers, companies should be sure to consider market pay levels in setting director pay and provide detailed proxy disclosure of their director pay-setting process.

For purposes of this analysis, a typical board member is defined as a member of the board and Audit Committee and Chair of the Compensation Committee.

Board pay simplifies further. S&P 500 companies continue to simplify how they deliver board compensation, with meeting fee use maintaining a steady decline in 2018. Only 14% of the S&P 500 paid meeting fees in 2018 (down from 26% in 2014). A vast majority of firms (84%) now compensate directors with a combination of a retainer and an annual equity grant, up from 72% in 2014.

The elimination of meeting fees points to companies’ desires to simplify their director pay programs and increase transparency in board compensation levels. It also represents the growing expectations and complexities that directors face when joining aboard. Today’s corporate board member must react swiftly and effectively to cyber-attacks, address sexual harassment allegations, and respond to stakeholders’ concerns about sustainability and corporate responsibility — along with other more traditional challenges like succession planning, executive pay, and financial oversight. These complex matters require far more than simply attending periodic meetings. The evolution in director pay programs acknowledges that many of the director's responsibilities today are performed outside of board and committee meetings. The challenges of modern corporate governance require flexibility with respect to time commitments and frequent engagement with a variety of stakeholders.

Pay for committee meetings/membership declines in prevalence. Trends in pay for serving on board committees mirror those observed in pay for general board service, shifting away from meeting fees. In 2018, roughly 16% of S&P 500 companies paid meeting fees to audit, compensation and governance committee members (down from about 30% in 2014). This coincided with a slight uptick in the use of retainers for committee service over the same period.

Over the past few years, most companies that eliminated additional pay for committee service increased their general board retainer or equity grant to compensate directors for the lost pay, consistent with the increases in board retainers and equity grants since 2014 noted above.

Committee chair premium prevalence and levels remain relatively constant. The prevalence of a premium paid to the chairs of board committees has changed little over the past five years. Roughly 97% of companies paid a premium to the chairs of their standing committees in 2018, compared to about 95% in 2014. The preferred method of paying this premium is overwhelmingly in the form of an additional annual retainer (93-94% depending on the committee type).

In 2018, the median premiums for the three types of committee chairs were as follows:

Companies disclose future pay increases. Companies often disclose planned changes to their director pay programs scheduled to take effect after the annual shareholder meeting. In their most recent proxy statements, 17% of the S&P 500 disclosed a meaningful change to their 2019 director compensation program, such as an increase in pay levels or elimination of meeting fees. For these companies, increases in annual equity grants and board retainers were the most common changes.

Beginning in 2020, a new ISS policy will trigger adverse voting recommendations for companies with a pattern of “excessive” non-employee director pay without a compelling rationale. The policy is meant to identify pay outliers — defined as the top 2-3% of all comparable directors. Director pay levels tend to be narrowly clustered, so the difference between the 96th and 97th percentiles, for example, may not be large, making it essential for companies to conduct a robust competitive analysis to support the rationale for their director pay levels.

Given the new ISS policy and recent lawsuits, now is a good time for companies to reevaluate their director pay program. With director pay under increasing scrutiny, companies need to ensure their pay programs have been developed using a thoughtful, thorough approach with an awareness of market levels and practices. Stakeholders are expecting enhanced proxy statement disclosure that describes the board’s process for determining its own pay — including peer group comparisons — similar to what companies disclose for executive pay programs. 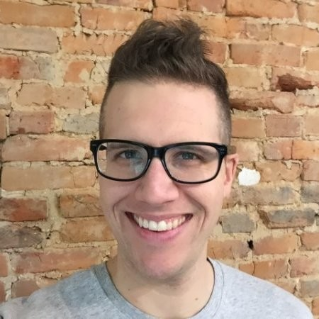 by Adam Bogucki
Principal Executive Compensation Consultant
Speak with a Consultant
Complete the form below to speak with a consultant and gain more insight into Director Pay Programs.
*Required Fields
#