One of Mercer’s health innovation leaders, Chris Chan, is inspired by innovators in many arenas. You may have read his post on lessons learned from his basketball team, the Golden State Warriors. He’s also a fan of the hit TV series, "Game of Thrones." To celebrate its Season 7 premier -- and to give us all a well-earned break from health reform! -- here are Chris’s seven innovation take-aways from GOT to guide us in work and life:

Think carefully before you break your audience's attention from the story you’re telling. Will you be able to get it back?

1. Sometimes you have to go off script.

HBO’s "Game of Thrones" is based on a book series launched in 1996. The show launched in 2011 and by season 5 it had caught up with the books’ storylines. Since then, we’ve seen major departures from the original source material as the series forges ahead into completely unexplored territory.

2. Every piece of your content should hook your audience.

I don't know about you, but I watch the opening animated credits every time, just to see new buildings on the map and catch new Easter eggs I might not have seen before. The credits change weekly to reflect the twisting plotlines. With traditional title sequences, there’s one version and that’s it. GoT's is organic, evolving, and ever-changing, a unique feature that engages viewers before the show has even begun.

One of the popular phrases from the show is "a Lannister always pays his debts." Debt reduces your ability to bend and flex through financial dry spells, so pay it off while times are good.

5. Don't break the spell you have on the audience.

*Minor spoiler ahead* There's quite a distinctive cameo by Ed Sheeran in the season opener. For me, his appearance broke the trance that the GoT world had created... so this is more of a lesson about what you shouldn't do. While band members from Snow Patrol, Sigur Ros and Coldplay have all made GoT appearances in the past, Sheeran is probably the most recognizable -- apparently getting him on the show was a gift to Maisie Williams, who plays Arya Stark. But think carefully before you break your audience's attention from the story you’re telling.  Will you be able to get it back?

6. Sometimes, you need to take a leap of faith.

Remember when Daenerys walked into the burning fire with her dragon eggs? There are times that no one will believe in you or your vision. But if you persist you will start converting others to believers. (Of course, it helps to be a fire-resistant Targaryen princess.)

7. Plan your strategy or else (aka, Winter is coming).

The family motto of House Stark has been repeated throughout the series: Winter is coming. Long-term strategic planning is required to be ready for troubles that may come in the future, and having a rainy day fund will help you better navigate the bad times. 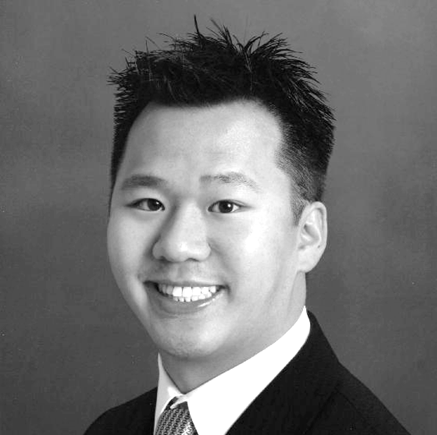 Chris is a Principal and Innovation Imagineer with Mercer’s Health Innovation LABS, where he helps build creative solutions that complement employers’ health and welfare benefits programs. He focuses on developing strategies and products through the use of human-centered design, machine learning, consumer data insights and creating customer delight. Chris graduated from the University of California with a degree in neurobiology.