State and Federal Rx Actions Have Implications for Employers

The last 60 days have seen tremendous activity in the pharmacy space. While developments are still brewing, there’s no question about the intense interest in drug costs, efficacy and distribution. The key catalyst is the belief that US payers of all types---employers, public sector entities like Medicare/Medicaid and individual patients—are paying too much with no clear idea of the efficacy of the drug or its true underlying cost.

This dynamic has led to a flurry of proposals both at the Federal and State level. At the Federal level HHS is readying a rule to propose revising a “safe harbor” regarding rebate payments. If adopted this move could have a major impact as rebates have become both a chief cost control tool and a flashpoint between payers, pharma companies and PBMs. While this move would directly affect transactions involving Federal payment (e.g., for Medicare and Medicaid enrollees), the practical impact may be quite broad. And just last Thursday, the Senate approved a spending bill to fund an HHS rule about disclosure of drug prices in consumer advertising.

At the state level activity has varied but has focused on limiting or requiring additional documentation on price increases and improved transparency (see this article from The New York Times for a good summary). For instance, the Ohio state Medicaid program received an independent report that it had paid approximately $220M in “spread” or profit margin to the two PBMs managing its state program in 2017. This report prompted the state to demand a contract change requiring the PBMs to pass through all discounts and rebates in full to the state with the only profit made by the PBM being disclosed and embedded in the per claim transaction fee. Other Medicaid plans (like Louisiana) are already looking at this model.

What does all of this mean for private sector employers? Even without more direct effects, the recent activity could trigger major cost shifting to the private sector. What can employers do? It’s not too early to consider PBM contracts which limit pay to disclosed transactional fees taking into account savings generated -- akin to the Ohio Medicaid model. If implemented correctly, this model might address a host of issues related to drug purchasing which trouble employers today.

In any case, there is a LOT of activity and certainly more to come! 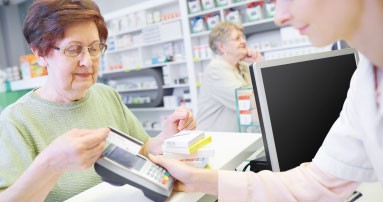 Addressing the Drug Cost Problem is a Thorny Issue