What Would Lowering the Medicare Eligibility Age Mean for Employers?

With healthcare again playing a key role in the presidential election, we’ve been taking a closer look at exactly what policies each candidate is talking about. One of Joe Biden’s core healthcare proposals is lowering the Medicare eligibility age from age 65 to age 60. This is not a new idea, having been proposed in several prior bills, but it’s getting renewed attention this cycle.

One reason Biden may be touting this idea is that it is very popular. One study by the Kaiser Family foundation found that 77% of the public, including most Republicans (69%), support lowering the Medicare eligibility age. While strong public support certainly doesn’t guarantee this proposal will become law, it seems likely that we will see some movement in this area should Biden win the presidency, especially if Democrats also gain control of the Senate.

Details of the plan remain fuzzy

While Biden has been clear he wants to lower the Medicare eligibility age to 60, he’s shared very few other details of the plan. 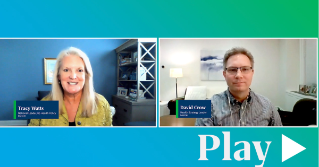 Election 2020
We're discussing the impact Medicare eligibility at age 60 could have on employers.
Watch the video

First, in terms of funding, many past proposals have focused on a Medicare “buy-in” option where those younger than 65 can pay additional premiums to gain access to Medicare. But Biden has not specifically called his plan a “buy-in.” This suggests he may be looking simply to expand Medicare by lowering the eligibility age and pay for the additional costs through increased taxes rather than additional premiums. This is a critical difference, since the cost to enroll in the plan will affect its adoption rate, which in turn has implications for employers (more on that below).

Biden has also not provided any clarity around whether provider reimbursements for these newly eligible Medicare members will be the same as for existing Medicare enrollees or follow a modified schedule that pays higher rates than traditional Medicare. This detail will have a significant impact both on the cost of the program and the amount of pushback it could get from health care providers, a stakeholder group that typically fights hard against any policy change that would lower their reimbursement rates.

What does this all mean for employers?

If Medicare expansion is passed, it could have some significant implications for employers.

First, for the positives.

One obvious impact is that lowering the Medicare eligibility age could help employers looking to provide a retiree health option for those employees who want to retire before they turn 65. The past couple of decades have seen a steady decline in employer offerings of early retiree medical plans, and expanded Medicare would help solve the problem of employees who put off retirement longer than they otherwise would because they are afraid to give up their employer health insurance before they gain access to Medicare.

Even more significantly, expanding Medicare could increase the number of active workers who will consider Medicare as an alternative to their employer-provided group health plan, especially in cases where they compare their employer plan to a Medicare Advantage plan, many of which have $0 premiums. If substantial numbers of active employees choose to leave employer-sponsored plans to enroll in Medicare, employers could see significant cost savings.

But lowering the Medicare age could also come with some significant downsides for employers and their employees.

If a larger portion of the population enrolls in Medicare plans that reimburse providers at far lower rates than private insurance plans, it is likely to result in even more cost shifting to the private system. This means that coverage for employees and family members still enrolled in an employer-sponsored plan is likely to get more expensive -- for both the employer and the employee. In organizations where few active employees migrate to Medicare, the higher cost of coverage might not be offset by lower enrollment.

Finally, given the importance that employee benefits, and in particular health insurance, plays in many employers’ overall employee value proposition, having fewer people that are taking advantage of those benefits could erode that value proposition and make it more difficult for employers to differentiate their benefits.

Wait and see to understand the full implications

Lowering the Medicare eligibility age could have fairly significant implications for employers -- but exactly what those implications are is highly dependent on how such a plan is implemented. We will be closely watching for more details to emerge.

A Closer Look at the Biden Plan, Part 2: The Public Option